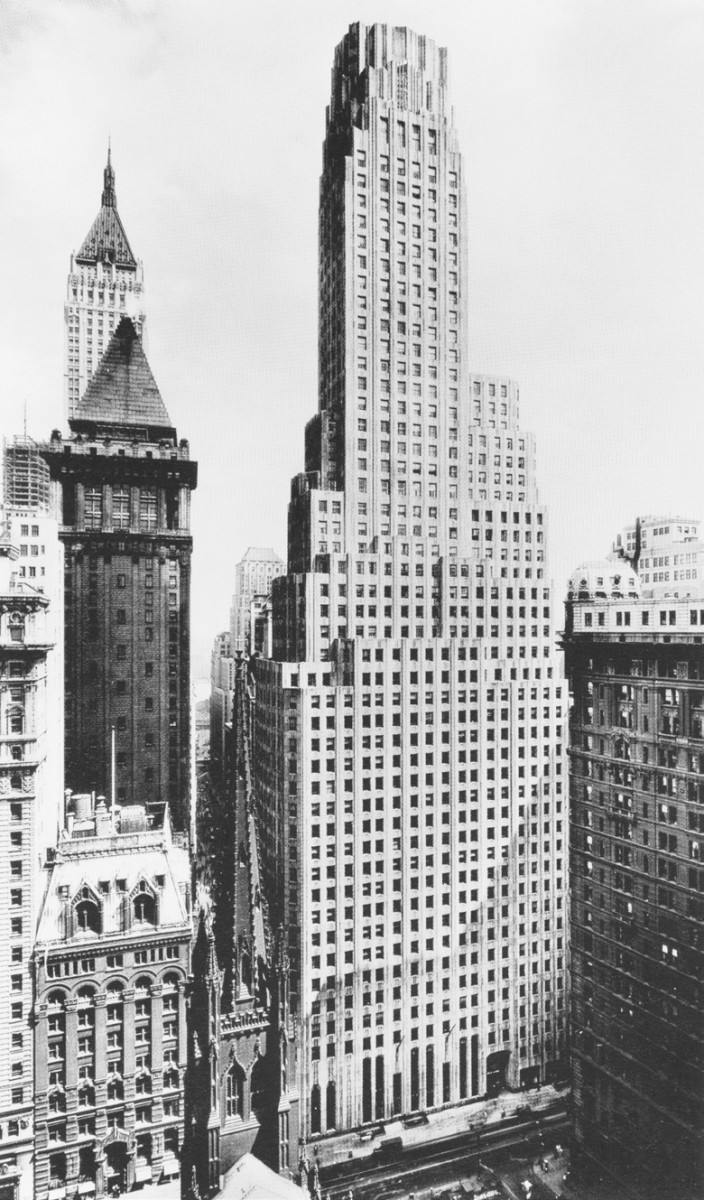 One Wall Street is in the midst of a huge $1.5 billion makeover as the 51-story Art Deco gem is converted from office use into 566 residential units, topped with a triplex that may fetch $40 million. At street level, significant activity can be seen, as parts of the facade have been removed to make way for the retail section in the building that will bring a Whole Foods to the Financial District.

The conversion into a residential tower with a retail base is being led by Harry Macklowe of Macklowe Properties. Whole Foods will be taking up around 44,000 square feet of space on the lower floors, when complete. Two other retails spots are also available in the building. The conversion is being helmed by Robert A.M. Stern Architects in a collaboration with SLCE Architects. 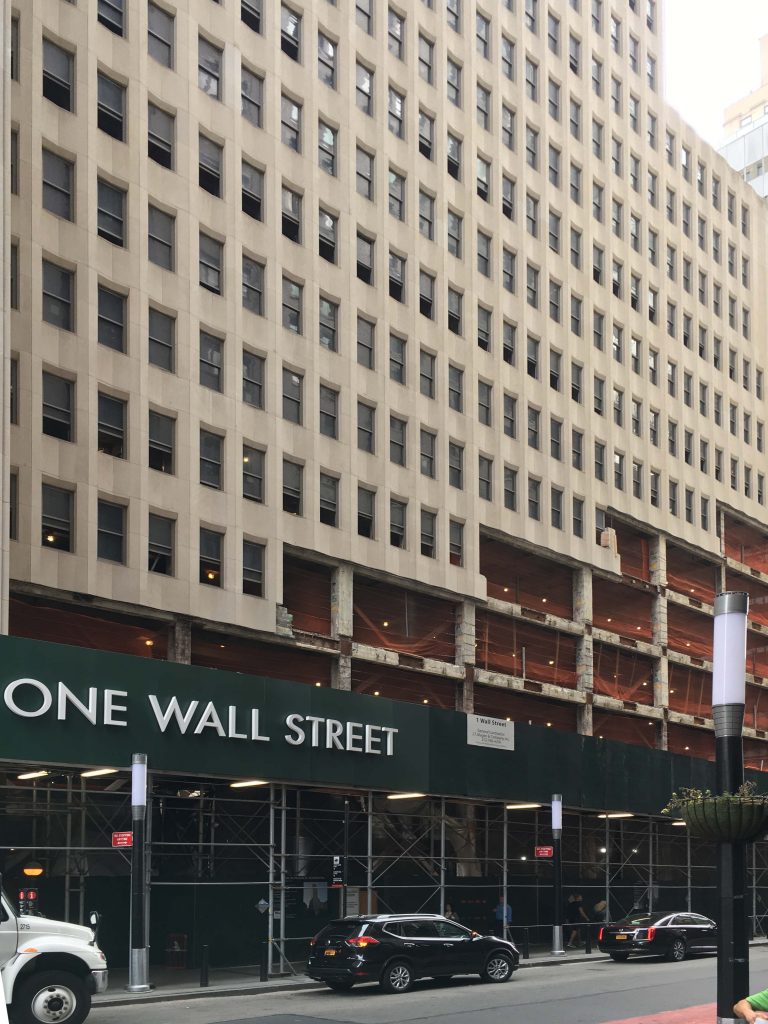 Looking at the renderings, large panes of glass will protrude from the original facade, with access to Whole Foods on Broadway. Ceilings will be up to 22 feet high. Photos from the site last week show the original steel columns temporarily exposed in the cut-out stepped pattern for the new retail base. 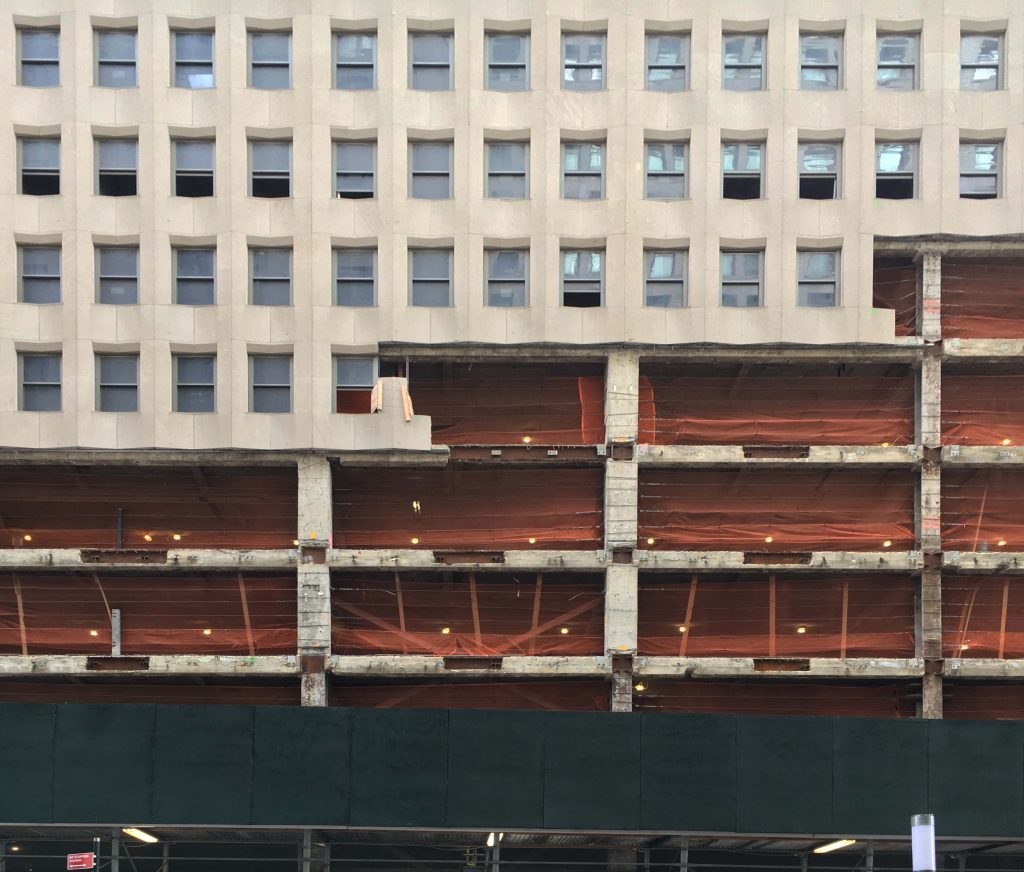 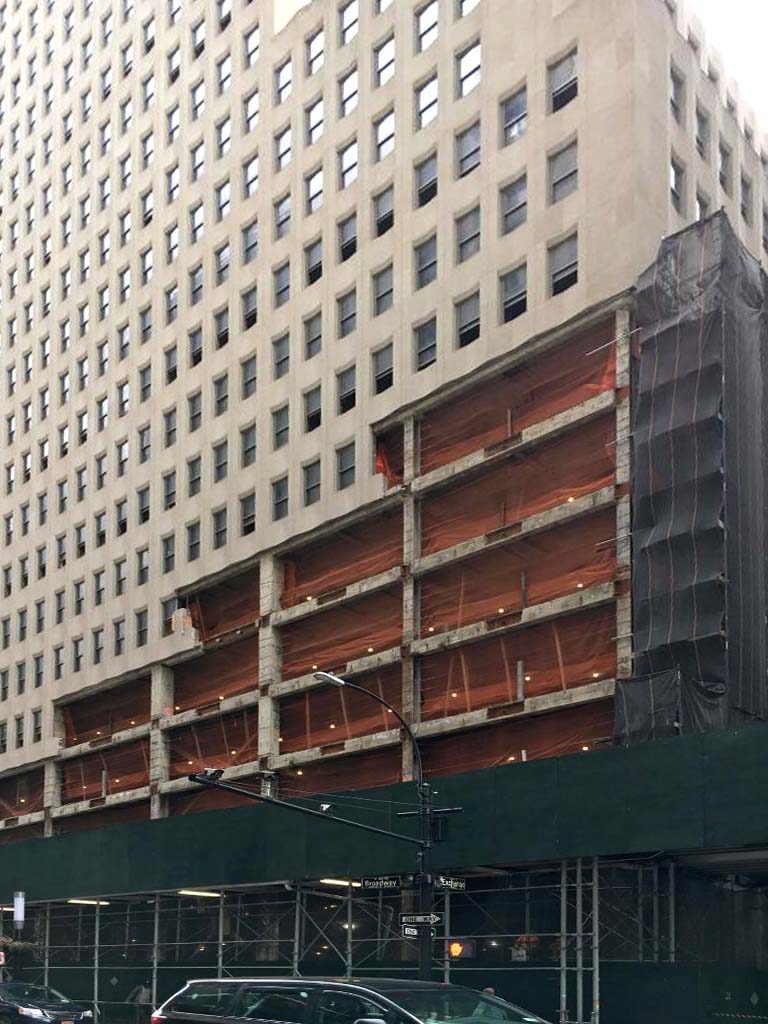 The corner of One Wall Street at Broadway and Exchange Place. Photo by Michael Young

This will be the most noticeable change in appearance for the building at street level, along with the approved addition of the extra floors at the top of its southern half. The rest of One Wall Street will appear as it has for the past 87 years, just as Ralph Walker designed and visualized it to timelessly stand out amongst the Lower Manhattan skyline. 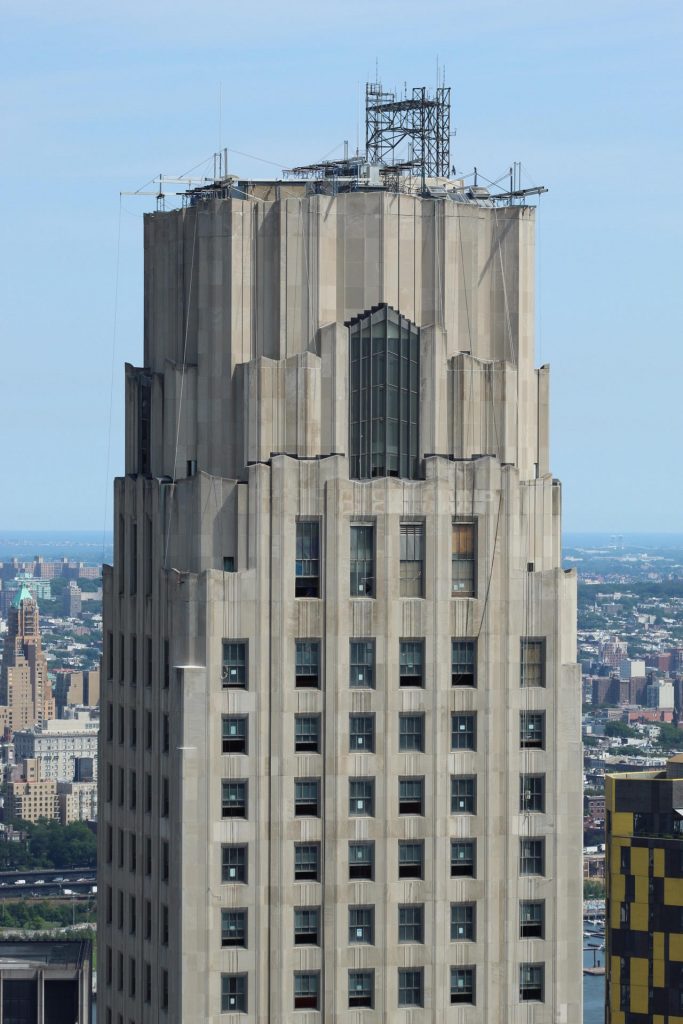 The top of One Wall Street where the triplex penthouse will be located. Photo by Michael Young

When completed, residents of the building and those living by Wall Street will have much easier access to Whole Foods, with the current closest store all the way in Tribeca at 111 Murray Street.

Completion of One Wall Street is expected sometime around 2020. 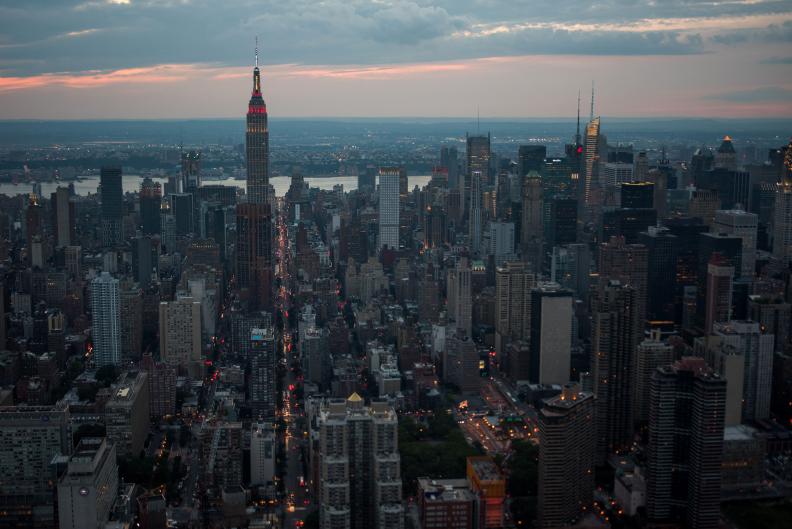 A debate now simmers in New York City about supertall buildings and whether zoning changes are needed to either reduce heights or limit the empty floors, or voids, that some developers use to make towers taller in order to gain better views for occupants.

These concerns are misplaced. City zoning is strong, viable and effective. What we need instead are more creative design ideas from the architects, urban planners and developers responsible for New York’s tallest buildings. Some key points:

Skyscrapers have context. Like all city buildings, tall structures need to respond to their neighborhoods. Too often we see simple glass boxes superimposed onto Manhattan’s rich urban fabric rather than local expression growing thoughtfully out of it. This approach is changing now, and the current thinking is that buildings can and must respond better to their surrounding environments.

Height and bulk are not the same. Especially as supertalls become more prevalent, thoughtful design becomes more important. The supertall is an efficient use of infrastructure and land, and can enhance its environment if carefully planned and executed well. For example, taller and more slender towers can minimize shading and other effects on surrounding areas.

The building 1 Madison, completed in 2014, helped spark this discussion. Critics applauded its siting and specifically its form, which helped limit the size of shadows cast across the adjacent Madison Square Park. In this case, a lower, wider building meeting all zoning rules could have been built, but it would have permanently shaded a large part of the park. Instead, the new, slender tower was credited with inspiring a new generation of high-rise solutions.

Zoning can allow for innovation, enrichment and expression. In New York City, zoning regulations are very specific, and getting variances is time-consuming. For this reason, developers and architects often stick with simple development formulas known to maximize floor area but not much else. This is no longer good enough. With a deeper understanding of zoning, creative project teams can find ample room for tremendous innovation within the constraints imposed by these rules

As an example, the new apartment tower ARO, at 242 W. 53rd St., incorporates a tower-podium form and a layered exterior that helps shape the 765-foot building’s bulk in interesting and contextual ways rather than simple geometric setbacks. Yet it still meets all the zoning requirements for Midtown.

Diverse shapes and expressions are the essence of Manhattan. The pluralism and energetic diversity of the city come alive in the skyline and along our streetscapes. Yet we need more innovation and enhanced, expressive architecture.

As a rule, New Yorkers like buildings with an attitude and tend to frown upon texture-free, flat glass surfaces. New, sinuous forms, Jenga-like masses and rich materials such as terra-cotta reflect the sunlight in enticing ways. The towers come alive, glowing and changing personality by day and night.

This is what sets New York apart from other cities, which have the kind of sterile 9-to-5 downtown environments we associate with many newer urban areas. The difference between casting a (literal) shadow over our cityscape and making a neighborhood come to life is huge. Decisions on buildings stay with us for decades. We have to get them right.

John Cetra is founder of Manhattan-based architecture firm CetraRuddy and a fellow of the American Institute of Architects.

Double listings are increasingly popping up in Manhattan To rent or to sell? That’s no longer really the question in New York City, where owners are increasingly listing their homes for both.

So far this year, through Sept. 1, the number of homes listed simultaneously for sale and for rent increased 51 percent to 1,087, according to a Bloomberg analysis of StreetEasy data. The median price for these properties clocked in at $1.395 million, which is 24 percent higher than what was seen last year for similar properties. The median asking rent for these homes ws $4,800, a 14 percent jump.

Most of these listings were in Manhattan. The W Downtown Hotel Residences had the most, with 22, followed by

Sales have slowed in Manhattan as owners remain reluctant to go down in price. The number of residential sales in the third quarter of this year declined 11.3 percent over the same period last year, according to Douglas Elliman’s latest market report.

“People are still very ambitious and they have an idea of a price they want to get,” Grant Long, senior economist at StreetEasy, told Bloomberg. “They think ‘My apartment is perfect for that perfect person out there, and I’m going to find them, whether on the sales market or on the rental market.’” [Bloomberg] — Kathryn Brenzel