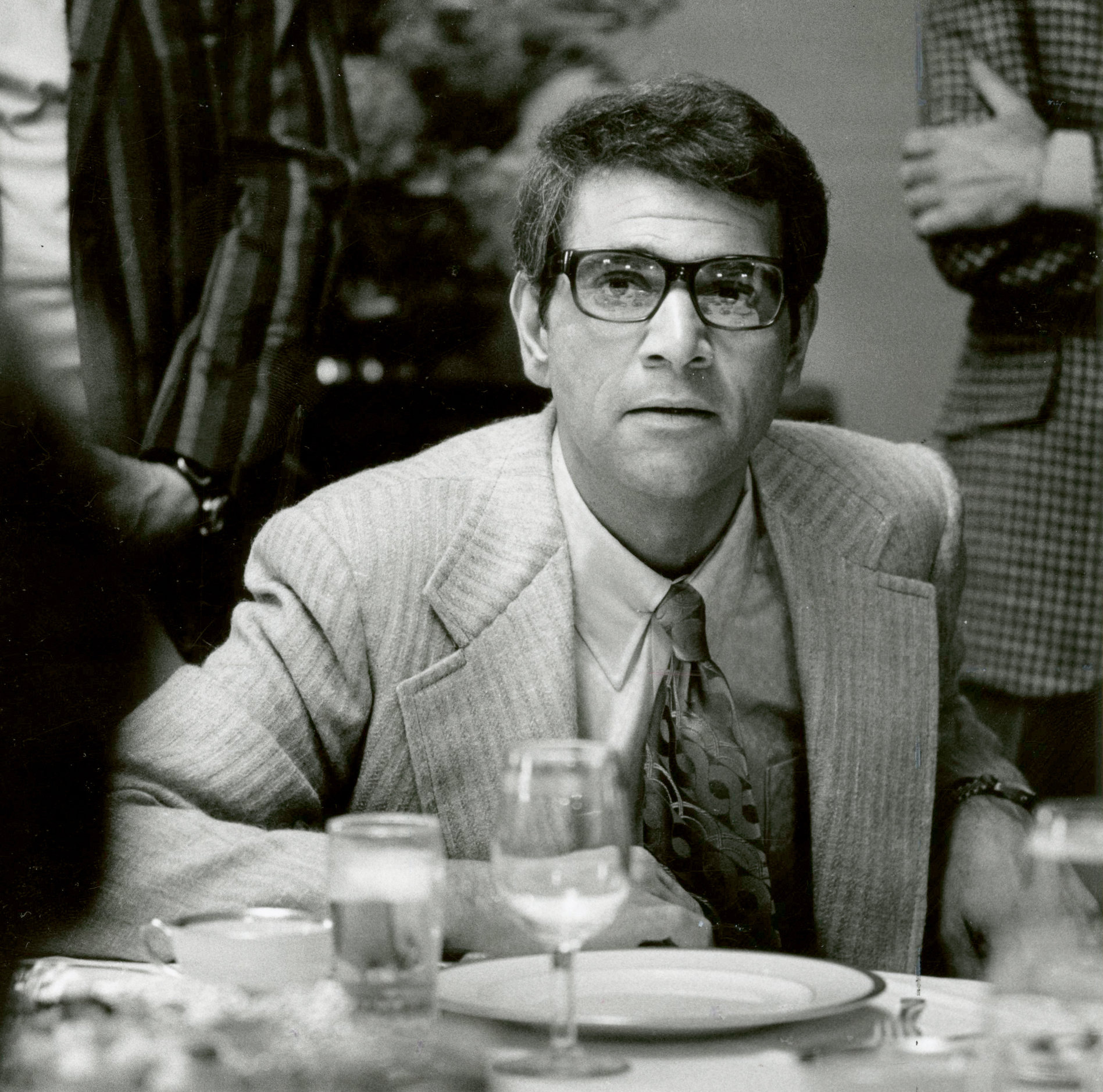 Alex Rocco as Moe Greene in “The Godfather.” The actor emerged from the film with a collection of signature lines. CreditParamount Pictures

( editors note: although not our usual inclusions in our site, Alex Rocco was a favorite of some of our principals and we wanted to observe his passing.  Goodbye Alex, Rest in Peace)

Alex Rocco, the gravelly-voiced actor whose gallery of memorable characters included Moe Greene, the cocky, bespectacled Las Vegas casino owner who made the mistake of talking back to Michael Corleone in “The Godfather,” died on Saturday at his home in the Studio City neighborhood of Los Angeles. He was 79.

The cause was cancer, his manager, Susan Zachary, said.

Mr. Rocco had fairly limited screen time in “The Godfather” (1972), but he emerged from that film with a collection of signature lines, including “You don’t buy me out. I buy you out” and “Do you know who I am?” (both spoken to the Godfather-in-waiting, played by Al Pacino), and a Hollywood reputation for stealing scenes with little more than a Boston attitude and his eyebrows.

In 1990 he won an Emmy Award for his role as a larger-than-life old-school talent agent in the well-reviewed but short-lived Jon Cryer sitcom “The Famous Teddy Z.”

Mr. Rocco’s other noteworthy films included “The Friends of Eddie Coyle” (1973), with Robert Mitchum; “Freebie and the Bean” (1974), one of several projects he did with Alan Arkin; Tom Hanks’s “That Thing You Do!” (1996), as a fast-talking music executive; “The Wedding Planner” (2001), as Jennifer Lopez’s old-fashioned father; and “A Bug’s Life” (1998), as the voice of the grumpy grain-counting ant Thorny. (He once said of his voice work, which also included the role of a cynical cartoon producer on “The Simpsons,” “It’s like stealing money.”)

“It always seems like if I’m not killing somebody, violently, I’m playing somebody’s dad,” Mr. Rocco said in an interview with The A.V. Club in 2012. In the same interview, he talked about meeting with the director Francis Ford Coppola about the role in “The Godfather.”

He recalled saying: “I’m Italian. I wouldn’t know how to play a Jew.” Mr. Coppola, he recalled, suggested hand gestures that could differentiate the two ethnic groups. “Greatest piece of direction I ever got,” Mr. Rocco said.

Alexander Federico Petricone Jr. was a Leap Year baby, born in Cambridge, Mass., on Feb. 29, 1936, to Alexander Sr. and the former Mary Di Biase. He often told journalists that he worked in his youth for gangsters in the Winter Hill neighborhood of nearby Somerville, but an early stay at the Middlesex House of Correction in Billerica, Mass., turned him against a life of crime.

He never wanted to sacrifice his privacy again, he said. So he tossed a coin to decide whether to start a new life in Miami or Los Angeles. Los Angeles won.

Mr. Rocco moved to Southern California in the early 1960s and worked as a bartender while studying acting with Leonard Nimoy. His first film role was in “Motorpsycho!” (1965), a Russ Meyer special in which he played a biker-gang rapist. Between that movie and his role in “The Godfather,” he was typecast quickly in films including “The St. Valentine’s Day Massacre,” “The Boston Strangler,” “Wild Riders” and “Blood Mania.”

Television viewers knew him best as the rough-edged father of Nancy McKeon’s character, the blue-collar student at a fancy girls’ school, on the long-running NBC series “The Facts of Life” in the 1980s. His last series was “Magic City” (2012-13), a Starz drama about mobsters in 1950s Miami.

He was most recently seen in “Scammerhead,” a noirish comedy, but two films he made are awaiting release now. In “Silver Skies,” a comic drama about eccentric retirees, he plays a nice guy, nostalgic for his days as a guard at Paramount. In “The Other,” a thriller, he’s the owner of an estate where dark, demonic things seem to happen.

Mr. Rocco married Sandie Elaine Garrett in 1966, and they had three children. She died in 2002. He married the actress Shannon Wilcox in 2005. She survives him, as do a son, Lucien; a daughter, Jennifer Rocco; a stepson, Sean Doyle; a stepdaughter, the actress Kelli Williams; a sister, Vivian De Simone; and four grandchildren. Another son, the director Marc Rocco, died in 2009.

Mr. Rocco told interviewers that he enjoyed playing gangsters, and that he used his “street energy” in show business.

“I don’t mean you have to be overbearing, but you have to stay on top of things — read the trades, know what’s going on in the town,” he told the website comicbookmovie.com in 2011. “I call it ‘dare to be stupid.’ The worst thing they can say is, ‘We got nothing for you.’ So I’ve hustled a lot.”

NYC’s biggest development foes
POLLS: ‘The Trump steamroller’ continues to crush GOP rivals — even in their own states